Listed below are some of the most frequently asked questions about the Staffordshire Bull Terrier. We hope the answers help you in your decision. 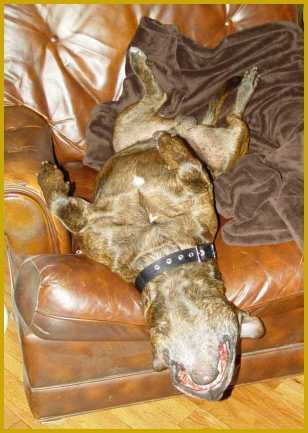 Rugar about to slide out of his chair - curplunk - and onto the floor. ;-)