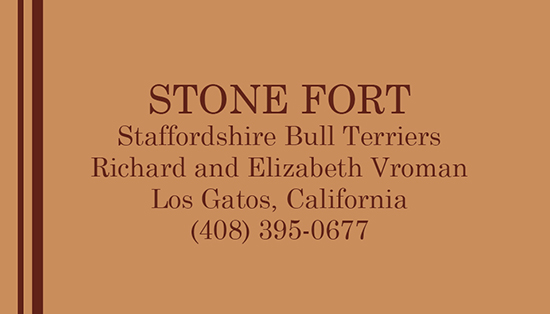 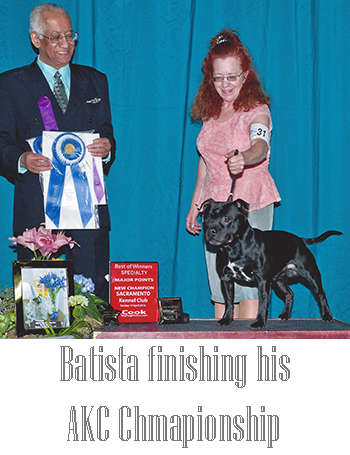 Batista has had a very active and successful show career in South Africa, where he became a South African Champion. He has also shown in the United States and has achieved his American Kennel Club (AKC) Championship under Judge Mr. Carl E. Gomes.

Explanation of results L2HGA:
NORMAL: This dog has tested clear for the mutation causing L2HGA. It can only transmit a normal gene to offspring, and can be bred to a dog with any test result without producing affected offspring. 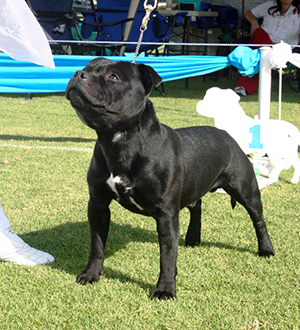 Batista won 9 Challenge Certificates (CC's) in his show carrier in South Africa where the Stafford is the Offical State Dog Breed. All of these are designated "Championship Show" with "TWO POINTS" awarded. 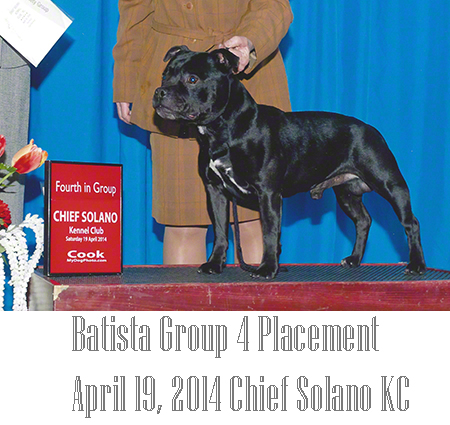