How Pit Bulls became the "Bad Boys" of the dog world 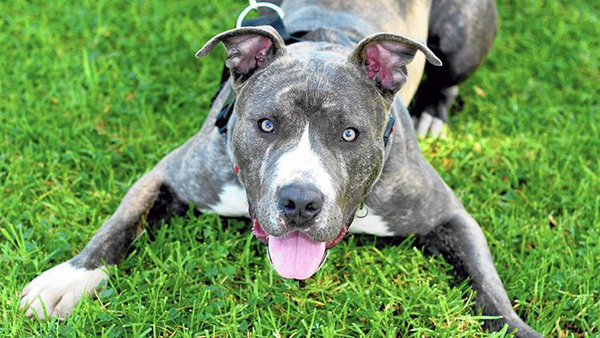 Pit bulls have been ostracized and sometimes outlawed by communities across the nation. Some blame owner abuse more than the dogs' nature for the bad reputation. (Ken Kwok, Los Angeles Times)

Before being branded as the Al Capone of dogs, pit bulls reigned as one of America's most beloved pets.

Petey, the canine sidekick in the "Little Rascals" comedies, was a pit bull. So were the mascots for RCA Victor and Buster Brown shoes. Even the White House welcomed pit bull offshoots under Theodore Roosevelt and Woodrow Wilson.

But there were hints of a darker side. Roosevelt's bull terrier almost created an international incident by biting off a French ambassador's pants at a White House function. And Nipper, the bull terrier mix immortalized by RCA, reportedly earned his name by frequently nipping visitors' legs.

Such shenanigans seem tame compared with today's pit bull PR problems. Notorious for deadly attacks against toddlers and adults — including the fatal mauling of an Antelope Valley woman in 2013 — modern pit bulls have been ostracized and sometimes outlawed by communities across the nation. L.A. animal shelters are flooded with the dogs, which can include the Staffordshire bull terrier, American Staffordshire terrier and American pit bull terrier, among other breeds. Some local residents who own other types of dogs will cross the street if a pit bull approaches.

Is the fear warranted?

The truth lies somewhere in between, says Nicholas Dodman, director of the animal behavior clinic at Tufts University's school of veterinary medicine and author of "Dogs Behaving Badly."

"I see both sides," he says, citing scientific research and personal experience.

In the plus column, numerous studies show pit bulls are no more likely to bite humans than other breeds. However, when they do chomp down, it can be a bloodbath.

Last November, a Riverside County toddler's ear was torn off by a pit bull. And the Antelope Valley woman who was killed by a pack of pit bulls two years ago suffered 200 puncture wounds. 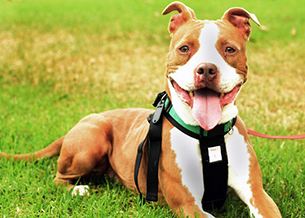 Pit bulls have a reputation of being the bad boys of the dog kingdom.
Are they getting a bad rap? (Ken Kwok, Los Angeles Times)

"Different breeds tend to have different biting styles," Dodman says. Pit bull terriers are a cross between English bulldogs, which were bred in the 1800s to fight bulls and bears with tenacious bites to the snout, and terriers, known for speed and agility. The combination produced dogs that deliver a "crushing bite" and don't let go, Dodman says.

Most mauling victims are children, with boys substantially outnumbering girls in injuries and deaths, a statistic that "strongly indicates that human behavior plays a major role in dog-bite injuries," according to University of Pennsylvania researchers.

Many dog experts say such attacks are aberrations spurred by irresponsible owners who train or torture the dogs to be mean.

Dodman compares pit bulls to muscle cars: "Insurance companies know if you put an 18-yearold behind the wheel of a Ferrari, it's an accident waiting to happen. The problem isn't the car; it's the driver." Likewise, pit bulls in the wrong hands can wreak havoc.

To further counter the dog's savage reputation, other advocates point to the case of Michael Vick, the NFL quarterback who pleaded guilty in 2007 to operating a dog-fighting ring. Although officials from People for the Ethical Treatment of Animals and the Humane Society believed his 51 pit bulls were beyond rehabilitation, rescue groups placed nearly all of the dogs (one was euthanized for violent tendencies) in new homes and sanctuaries, where they're doing well, according to published reports.

Another oft-mentioned pit bull defense involves claims that they were nicknamed "nanny dogs" in the early 1900s because of their devotion to children. The label is sometimes backed with vintage photos of youngsters riding or cuddling pit bulls. After an anti-pit bull website posted photos of kids straddling alligators and offered evidence that the claim was actually cooked up in 1971 by the president of a Staffordshire bull terrier club, some advocates backtracked. BAD RAP, the Bay Area group that helped rescue Vick's dogs, conceded in 2013 that the "nanny dog" claim was "a recent invention."

And so the debate over pit bulls rages on — until the next canine villain emerges. Pit bulls are merely the latest in a string of four-footed outcasts. In the 1800s, bloodhounds were reportedly the most feared breed. In the 1970s, German shepherds ranked as dog-bite kings.

Smith predicts that pit bulls will soon be dethroned by the Belgian Malinois — a variety of shepherd favored by the Secret Service and used by the Navy SEALS who raided Osama bin Laden's compound.